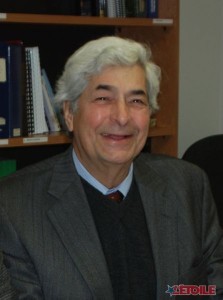 I would like to revive in memory the craftsmen of the first hour, those who contributed to the birth of COBAVER-VS during the four gestational years before its creation on December 10th, 2009.

The Centre local de développement de Vaudreuil-Soulanges (CLD-VS) managed by Mr. Mario Besner had created poles of interest under the responsibility of Mr. Pierre Montesano: water and environment conservation was one of them, which facilitated the promotion of a prospective watershed organization (Organisme de bassin versant – OBV).

Procedures for implementing COBAVER-VS started at the Réseau Environnement and ROBVQ conferences held at the same time in Quebec City. This is where I met Mr. Jean-Paul Raîche, who was very active within the Regroupement des organismes de bassins versants du Québec (ROBVQ).

Enthralled by my implication, Mr. Raîche suggested it would be relevant to create a watershed organization that would comprise all the watersheds on the RCM of Vaudreuil-Soulanges grounds in order to gain recognition with the MDDEP. He insisted on the benefits of having a well-defined territory – the Saint-Lawrence River, the Outaouais River, and the Province of Ontario border – and the fact that it would be managed by only one Regional Municipality County. In March and April, a map of all watersheds of the Vaudreuil-Soulanges county was established, as well as a list of all municipalities involved, their population, and the acreage according to their specific watershed.

As part of the project’s framework for restructuring the zones for the integrated watershed management plan, the provisional committee, with the help of Mr. Raîche, approached the MDDEP and the ROBVQ in the springtime so that the RCM territory would be recognized as a specific zone.

I would like to thank Mr. Jean-Paul Raîche for his collaboration all these years and for presiding the foundation assembly for the Conseil du Bassin Versant de la région de Vaudreuil-Soulanges held in St-Clet.

First Board of Directors and Executive Committee:

Many thanks to all the people who believed in the necessity of preserving our treasured water supply and who have spent time and energy to create the COBAVER-VS.

I am proud to have participated in the COBAVER-VS’ birth and to bequeath a legacy of an organization which has already accomplished so much for the conservation of water.

With its extensively involved administrative and executive committees, the COBAVER-VS is set for a buoyant future.